On a hot and humid Saturday in Temple, Texas, a group of members from Trinity Lutheran Church and a few guests from nearby Austin gathered together to walk the streets and proclaim the gospel. After a full evening of training, they were ready to go. And the Lord blessed their efforts. Not only were a number of gospel seeds planted, but they were blessed with the experience of verbally proclaiming the message of salvation to lost souls in their community. 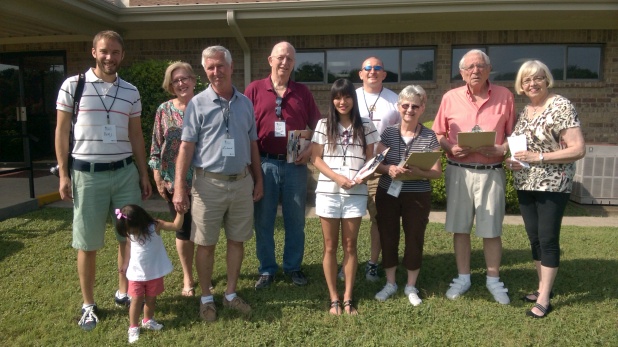 A band of mighty warriors in Christ are ready to hit the streets in Temple, Texas to proclaim God’s Word.

When you go canvassing to proclaim the message of Good News, you never know what to expect. For Christians, many have never had the opportunity, training, or courage to actually share the gospel with someone else. After an evening of training on how to use the Praise and Proclaim Ministries methodology, a group of Christians with Trinity Lutheran Church (WELS) were ready to go. They received the joy and sense of privilege of sharing the gospel with a lost soul.

A few stories from our day:

We were walking down one one side of the street when a man called out, “What are you guys doing? What are you looking for? Are you selling something?”  Pastor Ben Ehlers from Trinity Lutheran Church introduced himself and began to ask the man a few questions. When the man realized that we were from a local church, he quickly interrupted the pastor and said, “No, I’m not interested. Thank you.” The next door neighbor was listening to the exchange and immediately called out, “C’mon, John, you need religion!” The man replied back, “Yea, right! I’ll go if you’ll go — and we both know that ain’t gonna happen.” They exchanged a few more comments that contained a few expletives and the canvassing teams continued to walk down on the other side of the street.

When we came back down the street again, I passed the house where the man expressed disinterest and knocked on the door of his neighbor’s house. I saw the man and I knew he saw me. When I rang the doorbell, he came around the house to greet me. I happened to notice that he had Pittsburgh Steelers sign in front of his house. Being a football fan and surprised not to see a Dallas Cowboys sign, I asked him if he was truly a Steelers fan and the reason why. After a few minutes of football talk, I began to tell him our message in a non-threatening, easy way. It turned out to be a twenty minute conversation. His mother had died five months ago and he recently came to learn that she received Christ by faith only days before she died. A full gospel presentation was given and a bridge was built for further discussions.

I knocked on the door and stood in a doorway which seemed to be capturing all of the heat and humidity. Dripping with sweat, a lady finally opened the door. She had a hard time understanding me, but when I told her that I was with Trinity Lutheran Church, she asked, “Is your church Lutheran?” When I replied, “Yes,” she invited me inside her air-conditioned home to visit with her and meet her husband. The air-conditioned house felt wonderful, but not as wonderful of coming inside a house to share the gospel.

She and her husband had arrived from New York a few years ago after retiring from being a school teacher. They had sold their home and bought a travel trailer. While visiting their sister in the Austin area they parked their trailer on their five acres of land. One night, the trailer was stolen and they were stuck in Texas. She grew up in a Lutheran church in New York, but had not attended very much. She was now very interested in what I shared with her. Afterwards, she asked if they could meet the pastor and gave me her contact information. She thanked me for taking the time to knock on her door.

One of the great joys of canvassing is when the Lord provides divine appointments. We were there on the right day and the right time to introduce our church, but more importantly, introduce her to the saving gospel of Jesus Christ.

What a joy to meet with Rev. Stephen Apt and see the new church he is starting in Liberty Hills, TX (Peace Lutheran Church).

There is no greater joy than meeting my good friend Robert in Taylor, Texas. 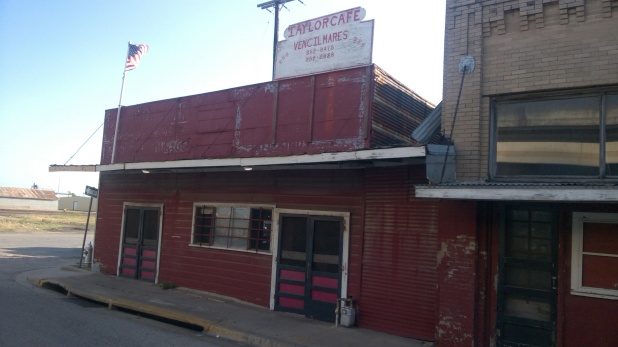 I love going on eating adventures, but this was a step of faith. However, Robert assured me that inside this shack was the best BBQ he has ever had.

Robert was right.  Inside this place was the best BBQ ribs I have ever had. Welcome to Texas!

I love helping churches organize an outreach campaign and to train members on how to joyfully and confidently proclaim the gospel!

Enter your email address below to receive notifications of new posts by email.

Thanks for subscribing! Please check your email for further instructions.

Something went wrong. Please check your entries and try again.

Start the Conversation
Scroll To Top